How Long Do Snowboard Boots Last? 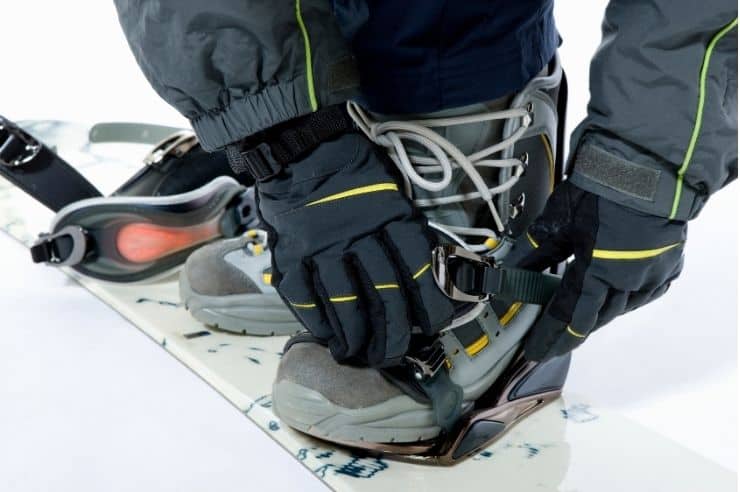 Any seasoned snowboarder will tell you that the key to having a great time on the mountain, is riding in comfortable, good quality boots. While most riders understand they shouldn’t skimp on snowboard boots, they often wonder about their durability.

Depending on the model, original stiffness, and how hard you ride, an average pair of boots typically lasts between 50 – 70 full days of hard riding, around two seasons for most people. While you may get more life out of your boots, they will start to deteriorate and perform less well.

Let’s take a closer look at how often riders replace their boots, which boots typically last the longest and how to prolong the lifespan of your boots.

What riders are saying: real examples of boot duration

From lasting just 10 days to over 100 days, here’s what experienced riders are saying about their snowboarding boots:

How to know when to replace snowboard boots

If you don’t feel that your boots have changed shape and lost stiffness, a good way to check whether they are on their way out is to take a look at the back of the boot.

If your boot has a horizontal crease about halfway down the spine of the boot, they have likely packed out and aren’t going to give you the same quality ride as they were designed to.

Another clear sign of a packed out boot is if your heel starts to ride up when riding on your toe edge. This can be a sign of the internal foam packing out, and/or the lacing system losing strength.

This slop, which develops around the ankle and heel area, is where the boot experiences the most tension from both walking and riding.

If the external seam of the boot is splitting open when flexing in one direction or another, attempting to fix it with glue or tape likely won’t work for more than a few hours.

Other signs that it’s time to invest in new boots include:

Because it’s so important to have tight-fitting boots to give your ankle stability when carving on your rails, a packed out boot can be uncomfortable, negatively affecting your riding ability or style, and can even be dangerous.

After about 50 – 70 days of riding wearing the same pair of boots, they will begin to feel a lot looser and more flexible than they originally were. This is caused by deteriorating liner foam, which essentially alters the size of the boot.

Once your boots start packing out into a size above what you purchased, the lack of compression and foam support will start to give you blisters, friction sores and bruises on your feet and ankles.

Without the tight compression, you’ll feel like you have less response, control and stability over your riding, and should look into buying a new pair.

If your boots are new and you feel it’s too early to replace them, take them to a snowboard shop or boot fitter and get new liners. It could be that your liners have packed out early while the rest of the boots are in good shape.

As a general rule of thumb, the stiffer the boot, the longer it will take for them to pack in and wear out.

At the very least, stiffer boots have more stiffness to retain, even after a decent amount of days riding in them.

On the flip side, a soft park boot with a thin inner liner – which helps with maneuverability and agility when riding on kickers, rails and boxes – could last super long because there is so little liner to pack out.

These types of boots can feel as good as they did on day one after 120 days of park riding. However, if taken into groomer or backcountry terrains, riding pressure will slowly but surely break the bonds and seams of these boots.

Most boots on the market will be made out of a Cordura material. Cordura is an ultra-tough synthetic nylon fabric which is often used to replace the strength and long-lasting durability of leather in recreational apparel.

Cordura is a good alternative but isn’t quite as durable and strong as leather. Boots with a leather external layer will naturally take longer to wear out, especially if dubbin wax is used to protect the leather.

A few tips for making your snowboard boots last longer

While it’s impossible to prevent wear-out, the best way to prolong the life of your boots are to buy boots which fit tightly and are slightly stiffer than you would ideally want.

Tip #2: pair them with solid bindings

Riding with cheap bindings is not only a bad call for your riding ability, it also greatly impact the durability of your snowboard boots. Poor quality bindings can rip your boots to shreds.

Make sure your binding ankle straps aren’t worn out. If you’re investing in a new pair of boots, it may well be worth replacing these straps at the same time to prevent them from shredding the outside of your boots.

As soon as your boots start to feel like they are packing out, get a boot fitter to fit some foam into certain spots with extra space.

The heel is usually the first area to pack out – heel lift can be one of the main causes for lower responsiveness in riding and for ankle injuries. This can be easily fixed by adding in foam inserts.

If your liners have gone so bad that no foam inserts can revive them, consider getting new liners. This is a great idea if the inner has packed out while the shell is in good condition.

A good quality pair of snowboarding boots should be able to last between one and two full seasons (50-70 days) of hard riding. If they pack out or wear-out within a short period of time, make sure you keep your receipt of purchase and ask about the warranty.

When buying a new pair of boots, make sure they are tighter than expected without crunching your toes. The more compressed your foot, the better fitting your boots will be, the more control and precision you will have over your riding, and the longer your boots will last.