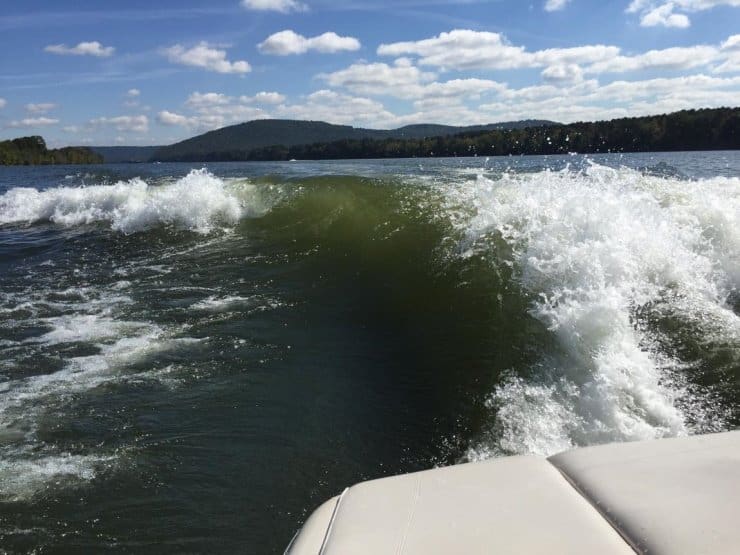 Not all Mastercraft boats are created equal with regards to the quality of the wakesuring wave it can produce, including with the right setup. Owners of older boats, e.g. early 2010s XStar with Gen II Surf System, often complain about the overly mellow wave they get.

Luckily, mounting the right wake shaper on those older Mastercraft boats can typically make a big difference and help you achieve and nice wave for ropeless surfing. In this post, I’ll go over a few surf shapers that have proven to produce a good surfing wave for Mastercraft boat owners.

The Nauticurl wave shaper is known to provide great results with a broad range of older Mastercraft powerboats.

While the 2000 Xstar (205V) is not known for throwing a great surf wake, fitting the Nauticurl changes everything and creates a big and nice port wave with great curl, and an acceptable starboard wave with OK curl. Using the device you can keep all ballasts full and easily change sides.

Adding another Nauticurl unit, however, cleans up the starboard wake. The first unit, positioned low and backward, gives push to the wave, while the second one, placed higher in the water, cleans up the wave curl. The resulting wave can be surfed further away from the boat.

A typical early 2000s Xstar setup for a clean wake with the Nauticurl is 750lb in each rear locker, 1000lb on the floor, 1000lb at half capacity in the front, full KGB ballast, and 450 in the front walkway.

The Nauticurl wake shaper also makes for great ropeless surfing behind a Prostar 190 with about 1200lbs of ballast. It also fits well on older X15 boats and X30s (which have the same hull as the X15 only 1 foot longer). The succion cups, however, are too big to fit Mastercraft X14 boats.

Many Mastercraft boat owners, including heavier riders, are able to ride the Nauticurl wake ropeless with just the factory hard ballast. The shaper also produces a pretty good wave on early NXT22s – which normally don’t produce a great surf wave – including for heavier surfers when set up with about 2500lb of ballast.

People are impressed by the Nauticurl wake shaper’s build quality and durability. The shaper requires a clear space of at least 22.5″x4.75″, with 4.5″ diameter cups. Thus, it won’t fit on early 2000 Mastercraft X2s. In contrast, the Nauticurl works great with older X35.

The Nauticurl has more mellow angles compared to other shapers, so it generally won’t create spray on the lockers – unless the boat’s hull curvature prevents you from positioning it low enough below the waterline – in which case there may be some slight spray.

Check out the Nauticurl wake shaper on Amazon

The Mission Delta is another popular wake shaper amongst Mastercraft boat crowd, particular X15 and X30 owners. The Mission is very easy to install, doesn’t easily comes off, and greatly improves the boat’s surf wave. At around $400 it’s a bit pricy but boat owners agree it’s worth the price.

Typically, you should fill all ballasts and weight the boat evenly. You mount the wave shaper about two thirds in the water, slightly above the body lines, on the opposite side of the surfer.

Some owners of earlier X15 (e.g. 2009) mount the Mission wave shaper on the bottom rail of the boat. By listing the boat slightly they obtain a very satisfactory surf wave. Here’s a video with the Mission Delta wake shaper and factory ballast:

Some Mastercraft X15 owners prefer to weight their boat as much as possible to get the most out of the wave shaper – many don’t even use the Gen 1 tabs that comes with their X15 version).

A setup that produces a very surfable wave with the Mission shaper includes, on top of the 890lb factory ballast, an extra 800lb bag in the front and another one next to the back seat, and 3 or 4 people in the boat.

On some versions of the X15 (e.g. 2009) the Mission Delta wake shaper panel can only be mounted on the bottom of the hull, so the boat needs to be weighted heavily on the opposite side so the shaper will only sits a few inches deep under water.

Other Mastercraft boats are different: on the 2006 X2, for instance, the Mission Delta wake shaper can’t be positionned low enough without overloading the boat, and you need to take the decals off for the device to stick to the hull.

The Mission wake shaper is also one of the best performing suck gates with 2000s era X45 boats. Boat owners recommend loading the rear heavily (1000+ bags in the rear lockers and perhaps additional lead in the middle). On a 2009 X55, however, the Mission Delta is a bit too high resulting in excessive splashing.

Check out the Mission Delta wake shaper on Amazon

The original Ronix Eight.3 wake shaper, despite its high price point, is often recommended by Mastercraft boat owners. It’s very simple to set up (15-minute install) and has a very discrete velcro.

The Ronix wake shaper doesn’t come off – it’s actually quite hard to remove the unit from the velcro. Even if it did fall off from water pressure, the device floats!

The Ronix somewhat makes it harder to steer the boat opposide its mount side when idling, which requires a little bit more maneuvering when pickup up a surfer.

The Ronix fits very well on an X2 e.g. 2009. Mastercrafit owners typically load all their available ballast including 250lb KGB, 150lb side tanks, bow and wedge sacs etc. It produces a very nice surf wave at about 13mph.

Check out the Ronix wake shaper here on Amazon

The Swell Wakesurf Creator Slim works great on early Mastercraft X2 tow boatds (e.g 2012) and stays on without the need for velcro attachment. For many X55 owners, the Swell Creator Slim is actually one of the few valid options and gives great results.

Here’s a setup boat owners recommend for creating a good surf wave with the Swell Creator on the X55:

The Liquid Force wake shaper works great with the Mastercraft X15 but takes a little testing to find the best positionning. It generally produces the best surf wave with all ballasts filled and extra sacs in the corner so that the wake shaper sits just below the water line.

Check out the Liquid Force shaper on Amazon

The Swell Slim is made for the X15 and is often praised by Mastercraft boat owners. It produces a nice wave and stays on even when driving at 30mph.

Check out the Swell Slim wake shaper on Amazon

The Shape the Wake shaper is known to be a good fit for older X2 boats. The slim version works well on the 2006 X2.

Works well with the X30. Check it out here on Facebook. 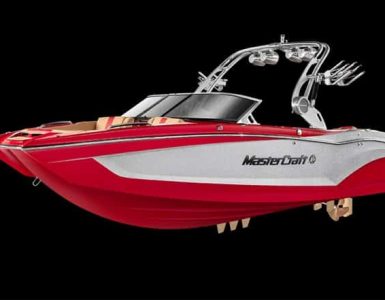 If you’re looking for a Mastercraft surf boat that generates a nice surf wave with good push and length, you have quite a few options depending on your budget. *This post may have affiliate links, which means I... 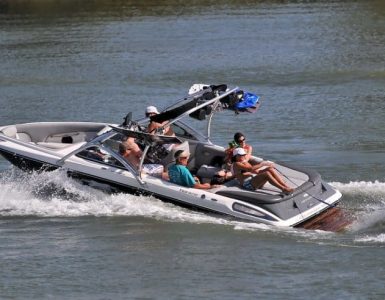 Wake boats these days are very expensive. Two decades ago, you could typically find a nice tow boat for under $50K. Today, finding a wakesurf boat under $30K is not an easy task. Wakeboard/wakesurf boats are... 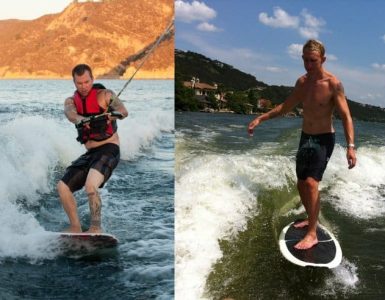 Wakeboarding vs Wakesurfing: Which is Easier & More Fun?

Wakesurfing is getting increasingly popular each year and constantly gaining traction compared to wakeboarding – wakesurf gear sales are on the rise while wakeboarding is declining. More and more weekend riders... 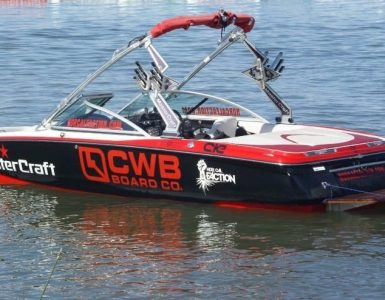 Can You Wakeboard Without A Tower? The Complete Answer

If you’re considering getting into wakeboarding, you may be wondering if you can wakeboard behind a boat without a tower. While you may be able to have access to a boat for learning to wakeboard, it may not be...